The Cake Store started life as Slatter’s Bakery, with one shop in Brockley, South London in the early 1900’s. 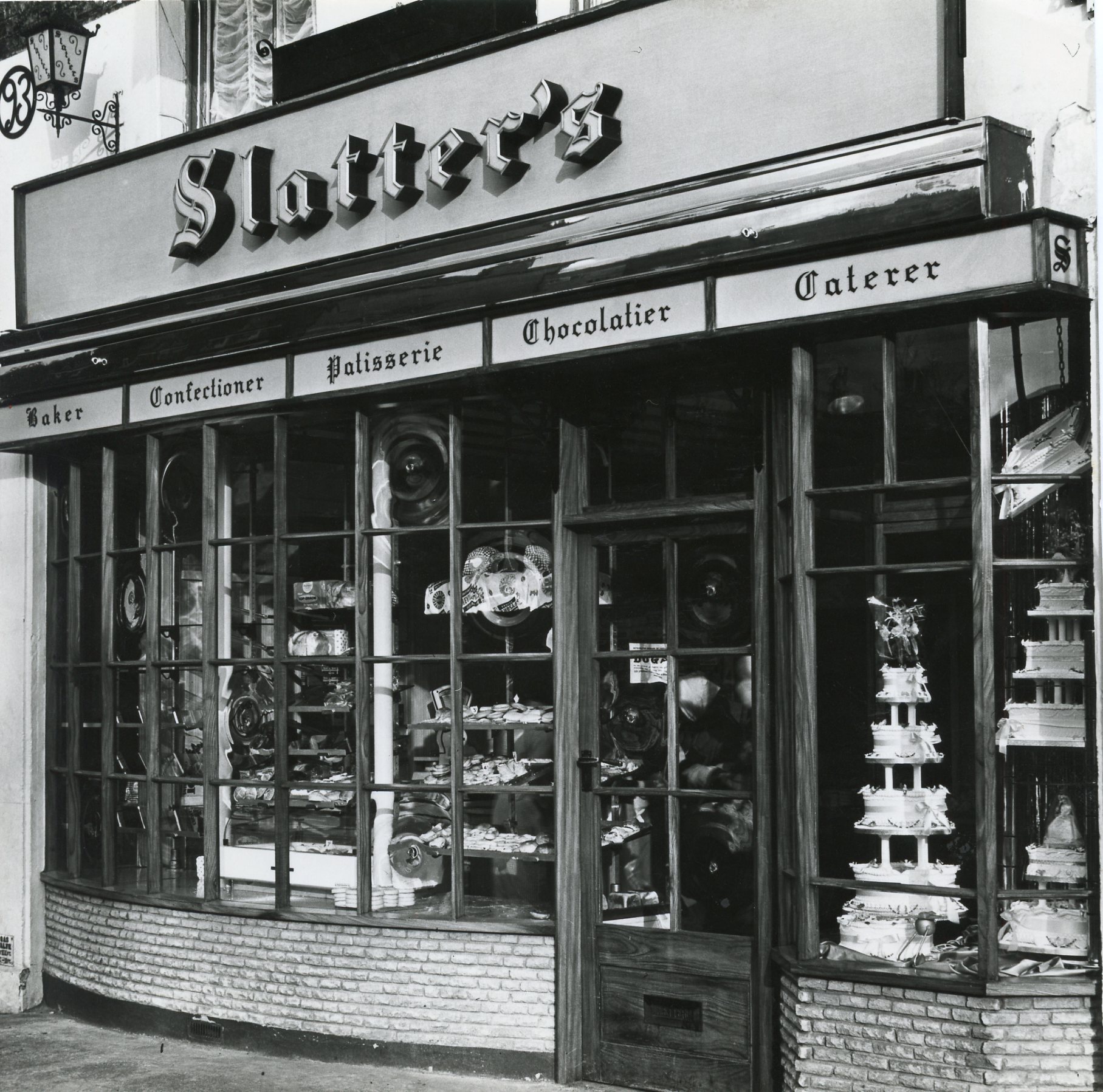 Founded by Tom Slatter, it is now a third generation family business, having been run by Tom’s son Ken from the 1960’s to the mid 80’s, when Ken’s own sons Kevin and Tim took the helm. The brothers continue to run this very successful business, steering it through the advent of internet shopping by introducing The Cake Store’s online ordering system and The Brilliant Bakers mail order cakes.

When Ken Slatter was 18 in 1955 and attending the National Bakery School, he won his first gold medal at the British Bakery annual competition at Caxton Hall. He was studying speciality courses in Continental Confectionary, Hand-Made Chocolates and Exhibition Cake Decorating and went on to win 34 gold and silver medals during his career, being the only student ever to have twice won the coveted gold medal in the National Student Competition Founders Cup and 3 consecutive gold medals at Hotelympia (eventually being barred from entering to give other contestants a chance!)

When Ken joined his father in the running of the business it went from strength to strength. Growing from one small bakery to a chain of successful high street shops, as well as two production sites in Sydenham and Catford along with a large wholesale business employing over 70 staff in total.
During the 1970’s he made regular appearances on BBC’s The Generation Game as a guest expert.
Although now retired, Ken still takes an active role in The Cake Store, making all of our chocolate confectionary by hand, including exquisite chocolates and petit fours at Christmas and a huge range of Easter Eggs.

Kevin and Tim studied at The National Bakery School and Westminster Catering College respectively before joining Ken in the business in the 1980’s.
They expanded the wholesale operation further by becoming suppliers to Waitrose Supermarkets, Kew Gardens and Hampton Court Palace. The Cake Store has also been supplying scones to the Wimbledon Tennis Championships for over 30 years, freshly baking round the clock, to supply 10,000 scones a day for each of the two weeks.
In the 1990’s, with the rise of one-stop supermarket shopping undercutting specialist high street shops such as Slatter’s, the brothers took the decision to start scaling down their retail outlets, eventually keeping just the flagship Sydenham store – a very recognisable local landmark for decades - which continues to be a hugely popular local bakery whilst also serving as a showcase for the beautiful celebration and wedding cakes on offer.